It started with a hamstring injury.

That was a serious enough event for a ballet dancer, but for Cynthia Toussaint, 21 at the time, the tear didn’t heal like it did for other performers.

She eventually started crawling because putting weight on her leg hurt so badly. She said it felt like her leg had been doused with gasoline and set on fire.

As the issue stretched on, more and more doctors told Cynthia—and her family—that the pain was in her head.

She was bedridden for a decade as the pain spread throughout her body—and for five of those years, the illness moved into her vocal cords, robbing her of the ability to speak.

One doctor told her, “You’re only a woman anyway; you might as well shoot yourself in the head.”

After 13 years of similar treatment, she finally received a name for what was plaguing her, but at that point, the condition had progressed far enough that she would continue to need a wheelchair.

Complex Regional Pain Syndrome (CRPS) is a chronic neuropathic pain condition that usually starts in a limb and typically develops after an injury.

CRPS is characterized by pain that is out of proportion to the initial injury’s severity, but when it comes to how and why it develops, researchers are still somewhat at a loss, said Peter Abaci, MD, medical director of the Los Gatos and Capitola, California, centers of IPM Medical Group. Dr. Abaci is certified in anesthesia and pain management.

Since there’s no diagnostic test, clinicians look for symptoms such as sensitivity to touch, color or temperature changes to the skin, tissue and joint swelling, or abnormal muscle movements on top of the pain.

CRPS ultimately affects the central nervous system, not only the peripheral nerves, Dr. Abaci said—which could be why symptoms can travel from the initial injury site.

“There’s a whole host of nerve changes that take place at the brain level in the central nervous system, and it’s these brain changes that lead to the problem kind of perpetuating, becoming more chronic and lasting,” Dr. Abaci said.

There are two types of CRPS. Type 1, sometimes called reflex sympathetic dystrophy, affects most patients and occurs after an injury that didn’t directly cause nerve damage in the affected limb. Type 2, sometimes referred to as causalgia, occurs after a distinct nerve injury. Both carry similar symptoms, although patients with Type 2 may need additional treatment for motor or functional issues beyond the development of CRPS.

Treatments vary, with a major focus on rehabilitation to improve the function of the injured area, Dr. Abaci said. Medication or psychological treatments such as stress management can supplement rehabilitation therapies and improve their efficacy, while procedures are considered for some patients.

“I often tell patients that this is one of the most challenging problems in all of medicine to deal with because it’s so debilitating, or can be, and it creates such emotional havoc in addition to physical disability,” Dr. Abaci said.

For Cynthia and her partner John, finally having a name for what had wreaked havoc on her life for more than a decade was, in itself, life-changing.

“It was the worst diagnosis I could have gotten, but it was one of the best days of my life,” Cynthia said. “My first thought was, ‘They’ll never be able to call me crazy again, ever,’ and I think that was the most validating thing to me.”

The anticonvulsant gabapentin was a game-changer. She improved to the point of getting out of the house again.

“My shoe wardrobe got bigger,” Cynthia joked. “I was wearing jewelry again; I could get my hair cut. I could sit up in my wheelchair. John didn’t have to carry me to the car to lie in the backseat to go to the park and not get out.”

It’s important to note that while Cynthia saw great results from her treatment plan, this may not be the case for everyone. Remission is not guaranteed for people with CRPS and early detection is still critical.

Therapy and eye movement desensitization and reprocessing (EMDR) have helped her deal with the trauma of being dismissed for years.

After a friend with CRPS died by suicide, Cynthia, who now has lived with CRPS for 39 years, started a nonprofit organization, For Grace, in 2002 to provide resources and support to women living with chronic pain and facing gender bias when they seek care.

“I needed to help women who were in the place I was at before I knew what I had,” Cynthia said. “I’m seeing them lying on their beds, feeling hopeless in the dark, thinking, ‘I’m crazy, it’s never going away, everyone’s leaving me, I want to take my own life.’ I didn’t want what happened to John and me to happen to anybody else.”

This campaign was created through support from Axogen, Inc. and Vertex Pharmaceuticals. U.S. Pain Foundation developed the content without review from sponsors.  This information is educational only and should not be used as a substitute for advice from a health care professional. 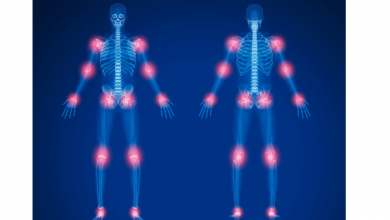 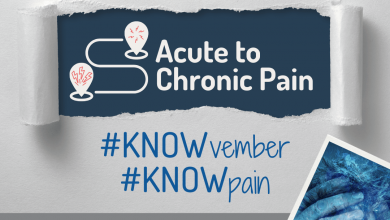 When pain doesn’t leave: The intersection of acute and chronic pain 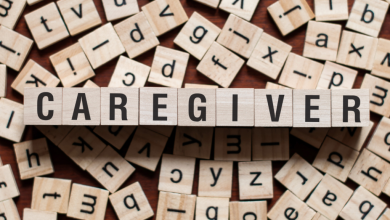 Caregiver Burnout: A Side Effect of Chronic Pain that Can’t Be Ignored